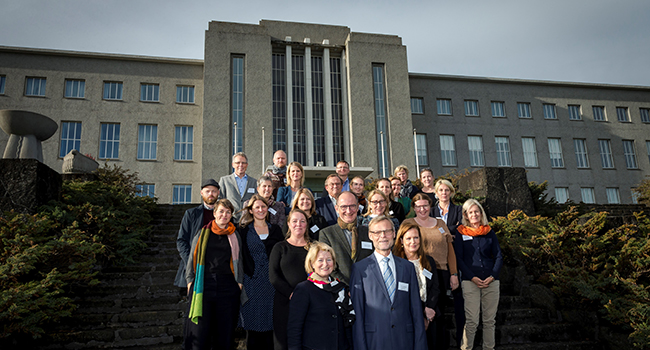 AAU Arctic was delighted to chair a Research Forum on Grand Challenges in the Arctic, on the 12th of October 2017 in Reykjavik, Iceland – the day before the Arctic Circle conference started. The event was hosted by the University of Iceland and it was organized in collaboration with AAU Arctic and the Nordic Universities Association (NUS).

One of the main aims of the NUS research forum was to discuss the role of the Nordic universities in shaping the new Arctic – specifically in the light of emerging local and global challenges that are changing the Arctic societies. The emphasis was on exploring and seeking solutions to five grand challenges identified by the Arctic Council and in the EU Arctic Policy recommendations: 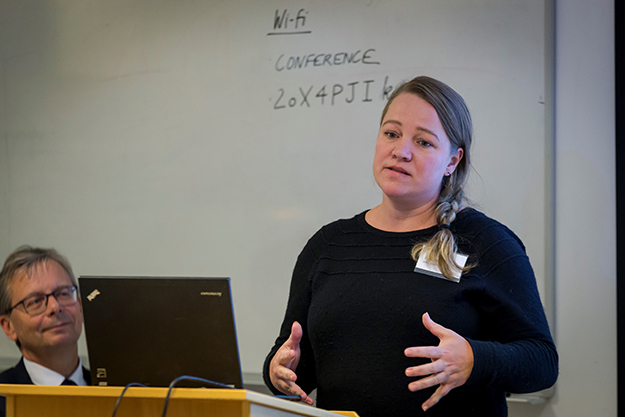 The mutually agreed outcome stressed the centrality of cooperation when seeking possible solutions to Arctic challenges.  It is of utmost importance that researchers are working together – they must seek to collaborate and utilize the strengths of other researchers of the Nordic universities, and leave competition aside. “After all, we all work towards the same goal”, says the Head of AAU Arctic, Anne Merrild Hansen, who also participated in a panel debate during the Arctic Circle conference along with Karen Ellemann, the Minister for Fisheries and Equal Opportunities and Minister for Nordic Cooperation. 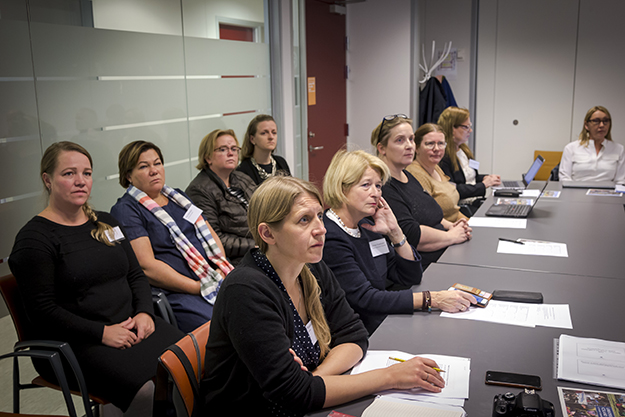 Meeting participants in the opening session.

The NUS research forum brought together Arctic researchers from several Nordic universities, each with their own scientific background, approach, and understanding of the Arctic. Rector of Aalborg University Per Michael Johansen, Chair of NUS, together with his rector colleagues Anne Husebekk, Arctic University of Norway, and Jón Atli Benediktsson, University of Iceland, also participated in the event.

Altogether, Anne Merrild Hansen was very pleased that such a large group of people attended the event as well as with the concrete proposals that resulted from the research forum. Among other things, it was decided that articles on Arctic relations should be published based on the research results already achieved. Also, a network that will enable researchers to better examine and tackle issues in the Arctic, such as sustainable business development, security and climate change, was established.

The research forum was held for the first time, but due to the extensive positive feedback, Rector Jón Atli Benediktsson announced that the University of Iceland will host the research meeting again.