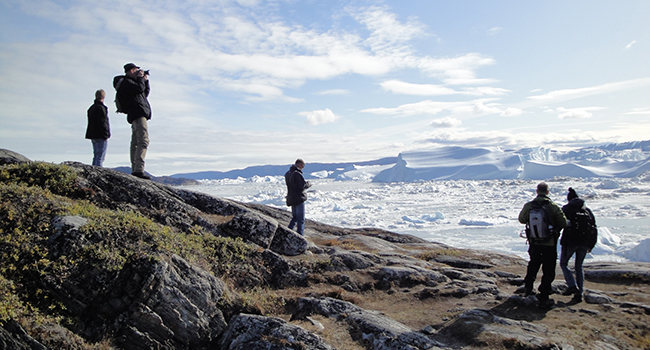 Why choose the Arctic Studies specialization at Aalborg University and what to gain from it?

Do the Arctic Studies specialization and get new Arctic competences.

While undertaking one of the Master’s degrees in either Culture, Communication and Globalization (CCG), Development and International Relations (DIR), Tourism, or European Studies (ES), students are able choose to specialize in Arctic Studies at Aalborg University.

The Arctic Studies specialization introduces students to the Arctic as a field of research, as well as a region with different cultural, social, political and national characteristics. It furthermore provides students with specialized knowledge about the Arctic, and prepares them for how they can use this knowledge after graduating.

Below are some testimonials from students who have specialized in Arctic Studies. Read more about why they chose the specialization and how it benefits their education and job opportunities. 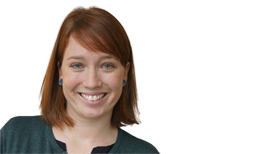 Interest for the unknown

One of the former Arctic Studies students enrolled in the specialization out of an ‘interest for the unknown’.

- My motivation to follow Arctic Studies came from a general lack of knowledge about the Arctic, and thus an interest for the unknown. Very motivated professors during the classes made me want to keep coming and follow the whole specialization, says Verena Huppert, who undertook a Master’s degree in Culture, Communication and Globalization.

Verena Huppert was very satisfied with the content of the specialization and the way the lectures were taught.

- I liked the courses, because they offered a very good overview compared to the limited time that we had. The professors’ motivation and visits from professors from other Arctic regions also contributed to this, as well as the general ability of the professors to include their own research into the classes, which made the teaching very hands-on, she says. 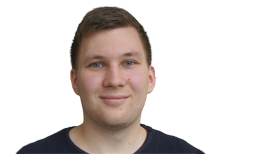 Another former Arctic Studies student from CCG is Mikkel Underlin Østergaard, who graduated in 2017. Since then, he has worked in the organization Arctic Consensus, after being an intern there as part of his specialization in Arctic Studies. For Mikkel Underlin Østergaard, it was the aspects of international politics and the Arctic’s growing influence in the global order that got him interested in the Arctic.

- I applied for Arctic Studies due to an interest in the Arctic as an arena of growing international interest and awareness. I had previously worked with the Danish claims for territory in the Arctic on behalf of Greenland, so I knew of this and related issues, such as geopolitical impact. Therefore, I was somewhat familiar with the Arctic on some areas, which made me curious for more knowledge in other areas, he explains.

Mikkel Underlin Østergaard highlights the other students’ different backgrounds as one of the advantages in the specialization.

- A common denominator for the lectures was the element of class discussion, which was especially great due to the different perspectives of the students. Some were studying tourism, others consumption, and politics were represented as well. This enabled diverse discussions with a wider range of input, he says.

From a tourism perspective

Maiken Ann Højrup, another former student, chose the specialization while taking a Master’s degree in Tourism.

- I decided to do the specialization in Arctic Studies, because I felt that it was very relevant from a tourism perspective. When developing tourism in the Arctic, it is important to be aware and understand the unique conditions such as politics, history and climate, because these conditions are, in many cases, different from other places in the world, she says.

She explains that the Arctic is becoming an increasingly popular tourist destination, not only for those with a special interest, but also for the average tourist. This made the specialization interesting from the perspective of Tourism studies.

- I also saw it as a way to make my MA in Tourism unique and provide me with knowledge in the field of tourism that could lead to interesting career opportunities, says Maiken Ann Højrup. 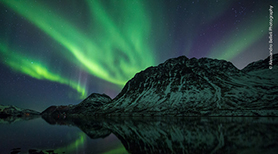 Choosing to specialize in Arctic Studies might also be an opportunity to travel to the North and provide students with both personal and academic endeavors. Maiken Ann Højrup got the chance to go to Yellowknife in the Northwest Territories and do her internship at a tourism information center. She also got a chance to go to Tromsø in Norway to write her thesis about Northern lights. Here she studied several of the providers of Northern lights tours in the area.

- Furthermore, I gained an insight into the tourists’ perspective through on-site interviews and observations. The thesis sought to investigate the Northern lights experience from a tourist perspective, while also looking into the marketing efforts connected with such an experience, she explains. 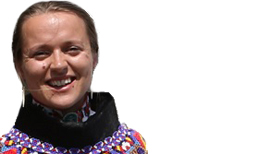 - This was definitely because of my enrolment in the Arctic Studies specialization programme, she says.

Marianne is planning to go to North again, this time to Nuuk, Greenland, to collect data for her MA thesis on urbanization. 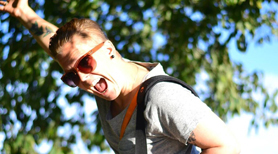 Both former and current students consider it an advantage to specialize in a research field as unique as the Arctic.

- The benefit of specializing in Arctic Studies while doing a degree in European Studies, is that there is such a big knowledge gap concerning the European role in Arctic development, and that you as a student can contribute to filling that gap, says Birgitte Bjerge Poulsen, former Arctic Studies student.

With a background in European Studies, Birgitte also sees the benefits of specializing in the Arctic as the world’s scientists, politicians and general public have turned their eyes to the region.

- The Arctic is becoming a symbol of climate change, and it is also increasingly viewed as a region containing economic and development potential. This attention also increases the awareness within the academic field. The opportunity to participate in furthering the knowledge and spread of information is a great benefit of specializing in this field, says Marianne Roed Abrahamsen, who is currently enrolled in the Arctic Studies specialization.

As for the students’ future career opportunities, Verena Huppert also emphasizes the specialization as an opportunity to expand their network and gain access to a job after graduating.

- There is a great network of actors working with the Arctic in the North of Denmark, and I would encourage everyone to take advantage of this network as early as possible. To a high degree, it was thanks to the Arctic Studies professors that I succeeded to get in contact with possible employers at an early stage. Once I had built a network, it was easy to find specific career goals, as well as ways to communicate and even reach them, says Verena Huppert, who is currently a PhD fellow enrolled in the Department of Culture and Global Studies, Aalborg University, but conducting her research in Greenland.

The application deadline for September 2021 intake is 1 March 2021